William Branham claimed he saw a series of prophetic visions in June 1933, which he also claimed to write down in an old book. In the last vision, there was an explosion, and the United States was turned into ashes from coast to coast. He predicted this would happen by 1977.

I heard a most terrible explosion. As I turned to look I saw nothing but debris, craters, and smoke all over the land of America. (Church Age Book, Chapter 9)

In the Laodicean Church Age book, William Branham says, “Now let me say this. Can anyone prove any of those visions wrong? Were they not all fulfilled?”

Almost 80 years after 1933, we now have the benefit of hindsight in our ability to confirm the accuracy of these prophecies. William Branham stated that the prophecies were written down, so each retelling should have been consistent with prior retellings. However, William Branham did not mention this disaster as part of the 1933 visions until 1960, and the book of prophecies has now been apparently lost (Voice of God Recordings were asked to produce it by Peter Duyzer). The big question is - Why didn't William Branham mention the destruction of America before 1960?

He then said that the destruction would happen after Kennedy’s election, and predicted this would happen before 1977. William Branham said that the vision was “Thus Saith The Lord”, but that 1977 was his own prediction. The Church Ages Book, however, contains a very simple prophecy of destruction that omits any reference to both Kennedy and 1977. 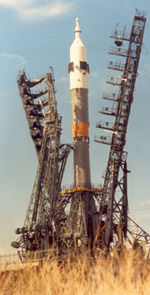 A summary of the recordings of this prophecy are as follows:

Was the prophecy plagiarized?

This prophecy is remarkably similar to the prophecy given by A.A. Allen 6 years earlier. Is this simply another case of William Branham copying someone else's work?

I want to ask you something. They claim that this new hydrogen bomb... And that's the only ones we know of. We don't know what they got back the sleeve. But they can stand in Moscow, Russia, and time a bomb right on this building by the stars, and guide it by radar, and got them placed to every major nation, and every major city in the world. Just pull on a string, and there she goes. Somebody's going to drink too much vodka one day; there it'll be.[9]

When God sends a gift to the people and they'll recognize it, it's always a golden age. But when they refuse it, there's nothing left but a chaos for that generation. Now, listen closely. If God had sent the Holy Spirit in this age for a sign, and we reject It, there's nothing left but a destruction. But if we refuse it, we'll sure to be blowed off the earth. The atomic bombs are hanging ready now, each one afraid to pull the trigger. But someday, they'll have too much vodka and press the trigger. And when that--that bomb passes through that radar, sound... When it goes through there, there'll be others go the other way. And you know what will take place? The world can't stand it. ...Before that can happen, the Church will be gone.[10]