How do cult members act?

This article is one in a series looking at the issue of whether the message of William Branham is a cult. You are currently in the article that is in bold: 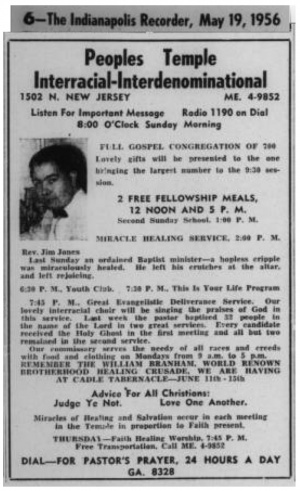 Who joins a cult?

What are the reasons people are attracted to a cult? What factors make some people more vulnerable to cult involvement than others?

Most cults are groups that are outside the mainstream of the prevailing, established religious tradition of any given society. Cult members view themselves as a minority group who share a common vision and who are dedicated to a person, an ideology, or a cause.[2]

How do message followers act?

It's quite common for the followers of William Branham to claim that he simply pointed them to Jesus Christ. But if this is true, why does the focus remain on William Branham? In fact, why is he still in the equation at all?

If a preacher or an acquaintance shared the Biblical Gospel with you, leading you to Christ, this person would simply be a sign post pointing you to Biblical salvation. They would not be an integral part of your walk with God.

William Branham's followers claim that he was just a sign post pointing them in the right direction, yet they deem him necessary in their walk with God. If William Branham is essential in your walk with Christ, he didn't truly point you to Christ, he pointed you to himself and claimed it was Christ. He didn't point you to the Bible, he became your Bible.

Anything between you and God is an idol. William Branham perfectly fits the description of an idol and his follows are oblivious to it. This is the silent deception within a cult - the Cult leader is essential to his faithful followers. Everything revolves around him, not Jesus Christ. Every "truth" comes directly from him, not your Bible. This is one of the subtle powers of spiritual abuse.

Even in the face of blatant Scriptural error, cult members cling desperately to their cult leader. They refuse to consider that something might be amiss in their paradigm of Christianity. They cannot bear the thought that their "prophet" might have lead them astray.

Why aren't William Branham's followers willing to consider all the facts proving him wrong? The spiritual paralysis of the message movement makes it very difficult for them to look into the issues with his teachings. These issues are not simply a slip of the tongue, these are serious issues that must be addressed, i.e., lies, fictitious vindications, failed prophecies, unscriptural teachings.

Observing message believers attempt to justify the presence of everything "Branham" in their lives, without admitting he is an idol in their heart, is both sad and troubling. Sad because we fully understand the brainwashing that goes on in the message, and troubling because it's so difficult to break that cycle.