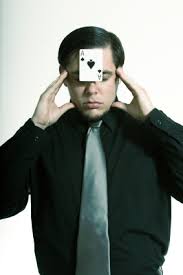 William Branham admitted in 1950 that he often guessed at the disease. We would guess that perhaps he got better at guessing after years of practice.

William Branham admitted that he initially started guessing the diseases of the people he was praying for:

And said, "You'll feel the results of it" (Now, I call it vibrations.) "upon your hand. You'll become familiar with that. And you'll tell people all of their diseases, and what they've got in their body. And then if you'll be..."

I'd feel a funny feeling; sometimes female trouble and cancer. I couldn't detect it; it sounds so much alike, was--felt so much alike. "Do you see the visible results on my hand?" And so forth.[1]

That, which I guess, there's many of you here tonight, know that how it come to pass. First was to discern the diseases... kind of diseases. Then I did that till it got to a perfect way where It never failed. Then It started into telling the people the secrets of their hearts, the things that they had done in life, all the way down through life's journey; which many of you might stagger at that now, and get it wrong. [2]

What the Bible says

But the prophet who presumes to speak a word in my name that I have not commanded him to speak, or who speaks in the name of other gods, that same prophet shall die.’  And if you say in your heart, ‘How may we know the word that the LORD has not spoken?’— when a prophet speaks in the name of the LORD, if the word does not come to pass or come true, that is a word that the LORD has not spoken; the prophet has spoken it presumptuously. You need not be afraid of him.[3]

There is no guessing allowed in this scripture.

The mark of a true prophet - Daniel states, “I will show unto the king the interpretation.”[4] To prophesy is not merely to foretell remote events: to prophesy is to disclose the unknown—to unveil mysteries. False prophets are a curse; a true prophet is an immeasurable blessing. Guesses at truth are untrustworthy, deceptive, perilous. Real revelation is a safe anchorage for the soul.[5]