Fred Sothmann first heard William Branham in 1947, moved to Jeffersonville in 1959, and started recording sermons in 1961. He was granted the sole rights to reproduce William Branham's recorded sermons in 1962 by the William Branham Evangelistic Association, and was involved in the distribution of these sermons throughout much of the rest of his life. Fred was a friend of William Branham, and was also present during the hunting trip in early 1963 to Rattlesnake Mesa (Sunset Mountain) when he heard a blast.

The above video interview with Fred Sothmann clarifies that he would have disagreed vehemently with Voice of God Recordings’ tribute. The reason is that Fred Sothmann’s beliefs about William Branham were so radical, they were anti-Christ. 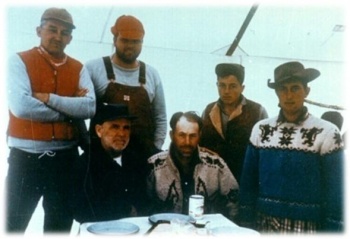 His statements in the video include his belief that:

Why these beliefs are Anti-Christ:

First of all, these beliefs disagree with the New Testament:

The Christian life is based on the hope of resurrection life through Jesus Christ, and not excitement about his past miracles. This life gives us freedom from sin and death (Romans 8:2), and brings immortality to light (2 Timothy 1:10). While one man (Adam) brought death to his offspring, one man (Jesus) brings life to those he adopts as children (Romans 5:17, Ephesians 1:5). William Branham had nothing to add to this plan of redemption.

You might live to be 100 years old, but if your hope of salvation is in William Branham, and not in Jesus Christ, you will be in for a great disappointed when you cross to the other side.