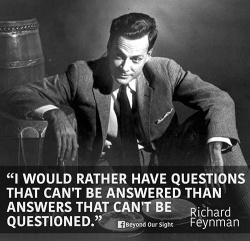 This page is a master list of all of the issues and problems that have been raised by us and others in respect to William Branham and his message. It summarizes, in the form of a list of questions, virtually all of the research we have conducted since 2004 with respect to William Branham and his message. Click on any of the questions or colored links to read further details on the issue.

If you disagree with anything that you might find on this website, please prove us wrong. Honestly, we don't want this website to contain any incorrect information.

If you are aware of any errors/problems/concerns with any on our website, please let us know by email or by a message to us on our Facebook page. We will correct any factual errors as quickly as possible.

Some followers of William Branham have suggested that it is wrong to highlight these issues. However, we believe it is not only right but that we are required to tell people the information we have found.

The purpose of this list is to provide a short concise summary of all known issues that can be used as a quick reference guide when discussing any concerns relating to William Branham, his message or those that follow him. Our aim is to provide a detailed explanation for each issue, as well as our detailed research. To the extent that the specific question does not link to anything, it simply means we have not had the time to research the issue as yet.

Was William Branham really a prophet?

The scriptural test of a prophet is clear as outlined by Moses in Deuteronomy 18:

But if any prophet presumes to speak anything in my name that I have not authorized him to speak, or speaks in the name of other gods, that prophet must die. Now if you say to yourselves, ‘How can we tell that a message is not from the LORD?’ — whenever a prophet speaks in my name and the prediction is not fulfilled, then I have not spoken it; the prophet has presumed to speak it, so you need not fear him.”[1]

While at first we found this almost impossible to believe, we have been unable to locate a single unambiguous prophecy that was made in advance in a public forum (on tape) and that was later clearly fulfilled. However, there are numerous examples of visions that were made publicly which failed (were not fulfilled) and prophecies that changed drastically over time. If you click on the individual lines below, they will take you to a detailed explanation of each issue.

How can William Branham be a true prophet of God if he failed the test of Deut 18:20-22?

If you tell the truth, you don't have to remember anything. - Mark Twain

The Bible plainly tells us what is expected of Christian leaders:

For the overseer must be blameless as one entrusted with God’s work...[3]

The overseer then must be above reproach...[4]

And these also must be tested first and then let them serve as deacons if they are found blameless.[5]

William Branham portrayed himself as a simple, honest, uneducated man who was sent from God as a prophet to fore-run the second coming of Christ. However, many of the stories that he told have been proven to be untrue and many of the doctrines that he said he received directly from God were, in fact, plagiarized from other ministers. If you click on the individual items below, they will take you to a detailed explanation of each issue.

Are William Branham's teachings in agreement with the Bible?

If you study the message, you will find that William Branham departed significantly from the plain meaning of scripture in many things that he taught. If you click on the individual items below, they will take you to a detailed explanation of each issue.

Other strange, bizarre, or false beliefs of William Branham

William Branham believed, and taught, some outrageous things that people should accept as the truth. Here are a few of these bizarre teachings:

William Branham often contradicted himself, both in his biographical stories but also in his preaching. Here are a few examples:

These doctrines may not have been taught directly by William Branham (or at least we have not found quotes yet) but are widely held by Message ministers/believers and are taught in a variety of message churches (please note that they may not be found in all message churches).

Other issues related to message churches

But Message believers reject these teachings

Now what? Where do I go from here?

If you have honestly looked at these questions and the research provided in our analysis of each issue, you must question whether William Branham was a true prophet of God.

To help those who are now confronted with these issues and wonder what the next course of action should be we would recommend the following links:

We sincerely pray that this information has helped you on your spiritual journey. May the Holy Spirit lead you into the truth of Jesus Christ!